Pro Tools is a strong multi-track editing program, but unless you’re willing to drop some change on a custom keyboard, it can be tough to learn all the keyboard shortcuts.  I’m featuring one a week in an attempt to highlight the tricks I find most useful.

Half speed playback mode is very, very useful to me when I’m trying to figure out timing issues.  Often I will hear something that seems off, but I can’t quite put my finger on the issue.  Half-speed playback usually makes it too apparent that the kick drum is lagging, or that it’s actually the guitar hitting late.

Half speed record is a different beast.  I haven’t used it much, for the same reason I’m so interested in it.  Recording a passage at half-speed, though it may be easier on the performer, results in audio playback one octave higher than recorded.  This isn’t useful for all music, but sometimes may help you get just the sound you need for that odd passage.  An example of this are some of the drums on Jimmy Eat World’s Clarity.  One suggestion would be to try playing a passage down an octave, but recording it at half speed.  The music will end up in the intended range, but won’t sound completely natural.  Try it and see! 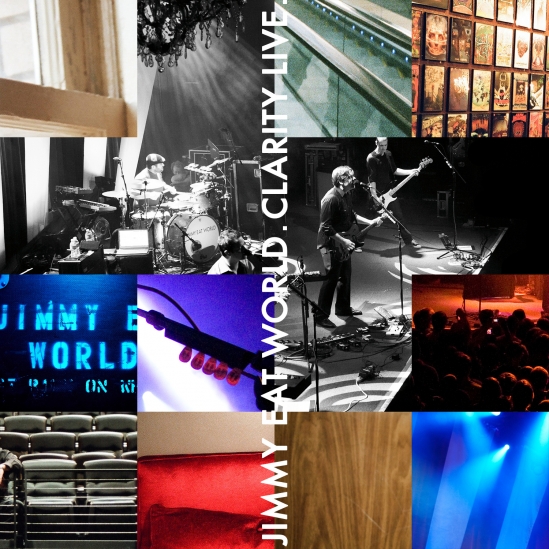 One of my favorite records, by far, is Jimmy Eat World’s Clarity.  I know every note, from the organ and snare drum opening of Table for Glasses to the last loop in the perfectly evolved Goodbye Sky Harbor.  I was able to get tickets to see them on the Clarity X10 tour at the House of Blues in Boston, and I’m glad they’re releasing a live album from the tour.

I was poking around on their website the other day and fell into a gem: a track-by-track set of notes and comments by Jim Adkins (guitars, vocals) and Zach Lind (drums).  Among the highlights are the inspiration from Low for the opening, the drum machine magic in 12.23.95, and the epic drum production of Goodbye Sky Harbor (two tape loops, one speeding and one slowing!).